We never stop seeing new ways to improve. Our unwavering commitment to excellence has enabled us to stand out from the crowd and showcase our leading practices and achievements. Find out more about the latest awards we've received below.

Runnymede Healthcare Centre is proud to announce that once again, we have achieved the extraordinary: For the second time in a row, we achieved a perfect score and were awarded a four-year Accreditation with Exemplary Standing by Accreditation Canada, the organization that sets the benchmarks for quality and safety in healthcare. Exemplary Standing is the highest designation awarded, and is an exceptionally rare feat among healthcare providers.

Runnymede is committed to continually enhancing our services. That’s why we voluntarily participate in accreditation with Accreditation Canada — to learn what we’re doing well and where we can improve. By having external surveyors assess our services against national standards, we are better able to focus our quality improvement efforts.

Everyone at Runnymede was involved in accreditation, from our clinical staff and volunteers to our senior leadership team and board members. That’s because quality improvement is one of our guiding principles - it’s integrated into our everyday practices.

November 2018’s Accreditation survey result clearly shows that our commitment to quality, safety, and patient-centred care stand out among Canadian healthcare organizations. By meeting every requirement we continue to set Runnymede apart as a healthcare leader well-equipped to meet the needs of our community and take on the growing challenges of the healthcare system as we evolve into a Centre of Excellence. 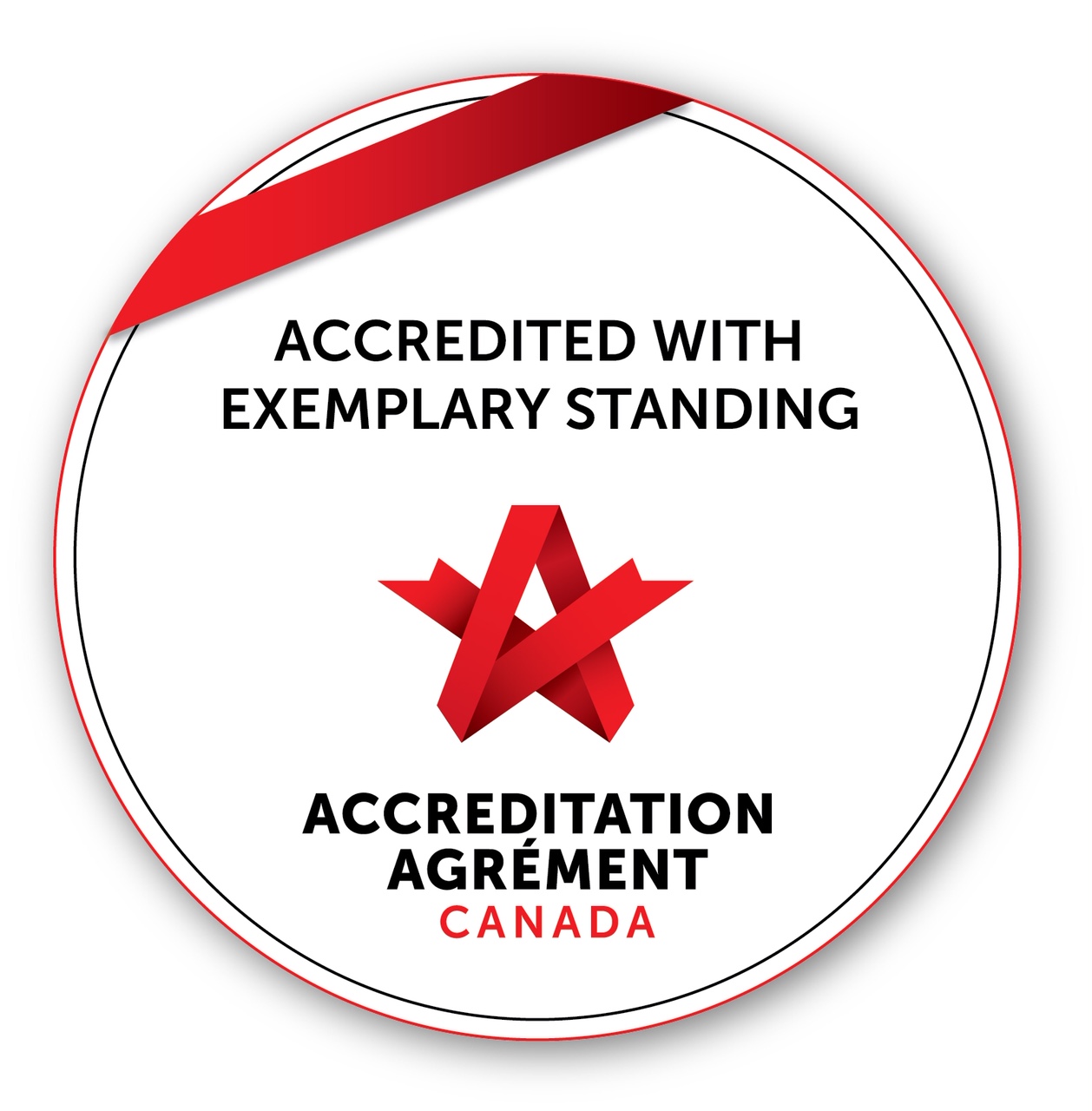 Accreditation Canada recognized our commitment to promoting a healthy work-life balance for staff with a Leading Practice award in 2013. These awards acknowledge excellence and leadership demonstrated by innovative solutions that improve quality and safety in healthcare. At Runnymede, the health and well-being of our staff is vital to the success of the hospital. As a result, we actively promote a culture of wellness that supports physical fitness, mental health and work-life balance through our comprehensive Wellness Program and staff appreciation events that focus on supporting staff to make healthier lifestyle choices.

For two years in a row we were awarded with a Silver Quality Healthcare Workplace Award (QHWA) by the Ontario Hospital Association (OHA) and the Ministry of Health and Long-Term Care’s HealthForceOntario. This honour recognizes our efforts to promote work-life balance for staff to improve the quality of care and services we deliver. 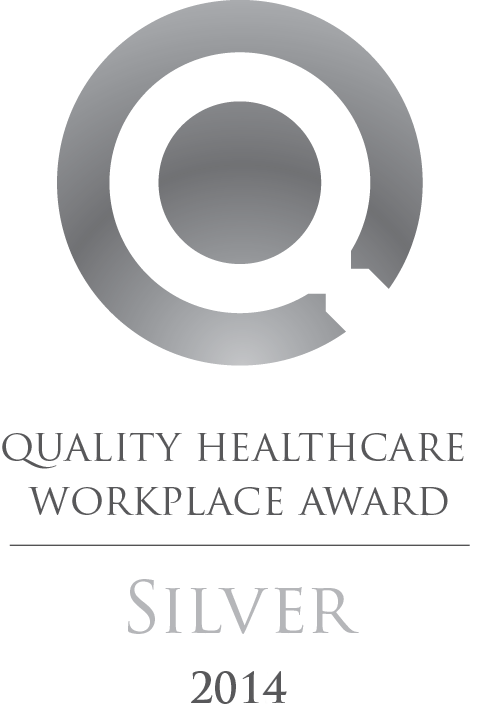 In 2013, Runnymede was proud to be named one of five finalists for the Ontario Hospital Association’s (OHA) Green Hospital of the Year Award. This award, presented as part of the Green Health Care Awards at HealthAchieve, recognizes hospitals that demonstrate leadership and excellence in reducing the impact the healthcare industry has on the environment.

We've implemented a number of green corporate initiatives, including the introduction of an Environmental Sustainability Committee, launch of a hospital-wide recycling program and formal partnership with a Toronto Hydro Roving Energy Manager to pinpoint additional ways to green our facility.

Through big changes and small tweaks, we have lessened our environmental impact, cut operating costs and improved the health of our community.

Our efforts were rewarded in 2013, 2014 and again in 2016, 2017 and 2018 when we received a Greening Health Care 5% Club Award from the Toronto and Region Conservation Authority for lowering the hospital's total energy use by more than 5%. That means we're not only reducing our carbon footprint and saving money that we can re-invest in patient care, but we're also helping to build a more sustainable healthcare system.

For the first time, in 2018 we also received a Greening Healthcare Rising Star Award, marking our achievement of a total of 25% savings in energy consumption over the past five years. The award reflects a pattern of consistency in Runnymede's efforts to reduce environmental impact while lowering operating costs at the same time.

On September 30, 2013, Runnymede became one of only 29 organizations in North America to receive the 2013 National Air Filtration Association (NAFA) Clean Air Award. This exclusive honour acknowledges our leadership in air filtration and maintenance practices, as well as highlights our success in making the hospital’s air as clean as possible for our staff, patients and visitors. Our efforts were rewarded again in 2014 and 2015 when we received our second and third Clean Air Awards from NAFA.

In May 2014, Runnymede was 1 of 24 organizations to achieve silver status on OHA's Green Hospital Scorecard. This new benchmarking and recognition program allows hospitals to assess their environmental performance against their peers and supports improvements in operational efficiencies. 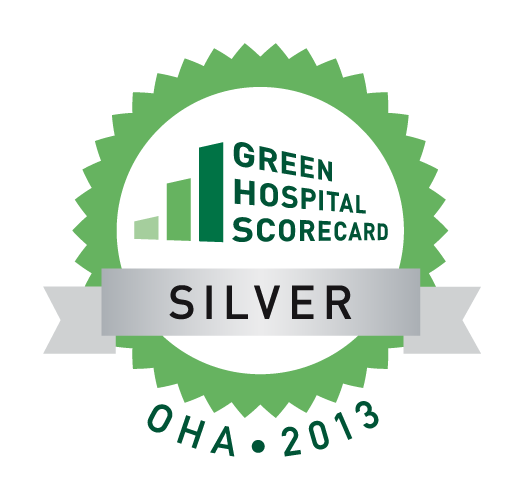 The APEX Awards are an annual competition for writers, editors and designers who produce print, electronic and social media. The awards recognize excellence in the field of communications.

Our communications department's achievements have been honoured every year for the past six years; in 2013 we won awards for our 2011/2012 annual report, as well as for an article that appeared in the February, 2013 edition of Hospital News.

In 2014, our hospital's rebranding and revitalized web design were recognized with an award, as well as our communication team's leadership in a training presentation about Runnymede's intranet system that was delivered to peer healthcare organizations.

The following year marked a major success, when Runnymede was given the 2015 Grand Award for its 2013/2014 annual report. That same year, the communications team also won an award for a video produced to honour Runnymede's patient-veterans.

The Hermes Creative Awards are an international competition for creative professionals that honour high-quality writing and design concepts in traditional materials and emerging technologies.

In 2017, our communications department was recognized with two Gold Awards; one for the Summer 2016 edition of The Reporter, and another for coverage of Runnymede's intergenerational program on CBC News Network's CBC Morning Live. In 2018, we won a third Hermes Gold Award for an article written about a patient success story.

The MarCom Awards honor excellence in marketing and communication while recognizing the creativity, hard work and generosity of industry professionals. In 2017, Runnymede won a Marcom Platinum Award for its 2016/2017 annual report.

Our communications department is also the winner of a 2015 Health Care Public Relations Association (HCPRA) award for excellence and overall effectiveness of a communications piece. The award is in recognition of Runnymede's 2013/2014 interactive annual report.