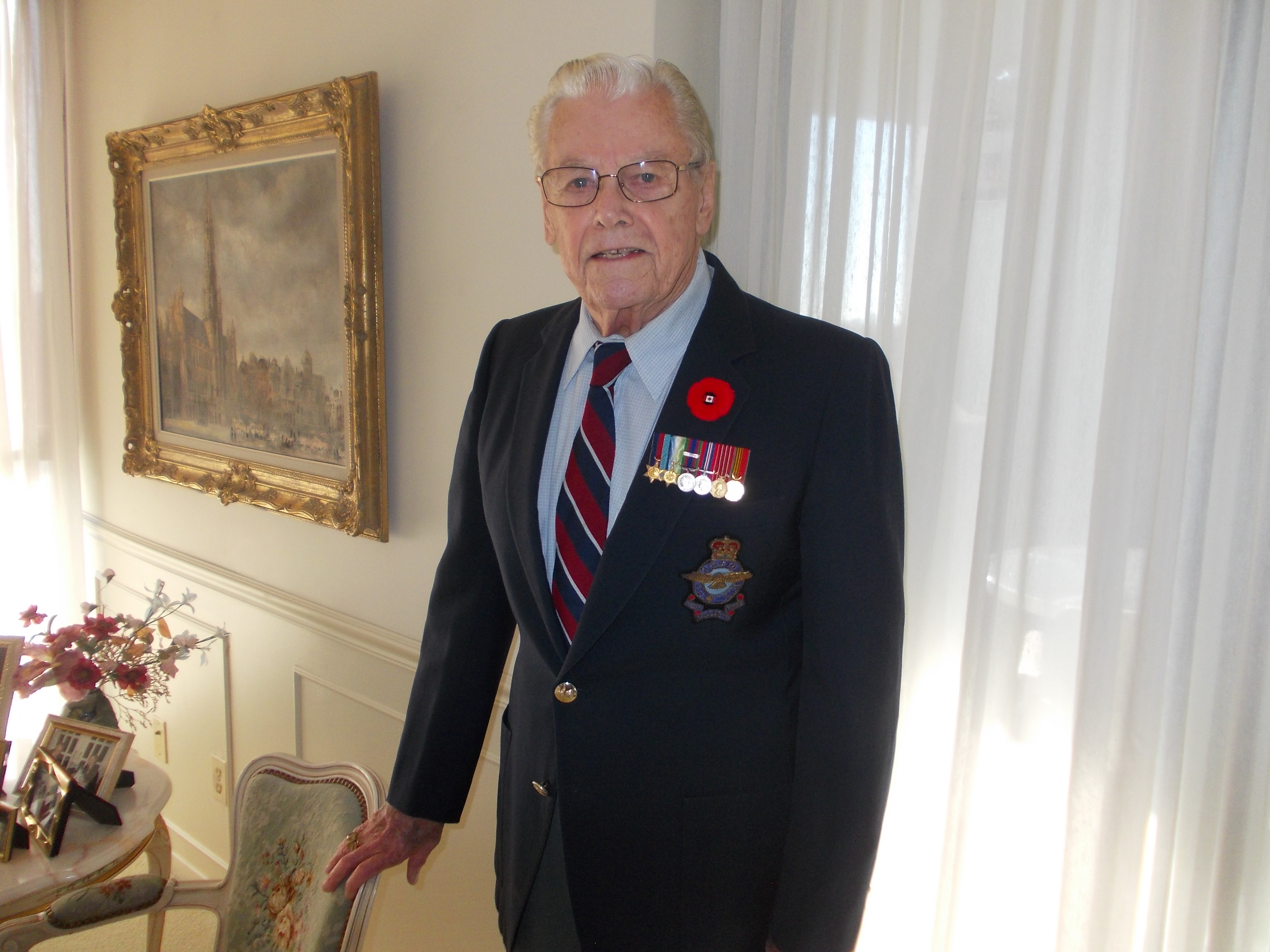 World War II veteran Howard Langstaff wasn’t afraid to sign up for the air force at the age of 17, but a recent fall that resulted in a broken femur and a hip replacement left the 92 year old feeling like "a scared old man."

Howard and his wife, Shirley, were out celebrating the 70th anniversary of the day they met at McGill University when Howard lost his balance and fell off the curb onto Bloor Street.

He was in excruciating pain and unable to get up, despite the assistance of a nearby young couple. Eventually, an ambulance took him to St. Joseph’s Health Centre.

While Howard waited immobile in bed for his surgery, he found himself scared for one of the few times in his life.

"The scared old man went away when I was at Runnymede because of the care," Howard said. "I can’t speak highly enough about the treatment I got at Runnymede."

Initially apprehensive because they didn’t know anything about the hospital, Howard soon realized that Runnymede would set him up for success.

"The team was so wonderful," Howard said. "They walked with me every day, they showed me all the exercises."

Howard went from being unable to stand up without significant assistance to being able to stand without help.

"I made a quantum leap from where I was to where I am now," Howard said. "I can’t overstate our praise for Dr. Gutman, all the therapists, and the nurses."

Howard’s stay lasted for just over two weeks, ending his treatment program early with the blessing of his medical team. The WWII veteran preferred to continue his recovery at home where he’s not afraid of the work ahead. Howard is confident his healing will progress by sticking to the exercise program set for him by the occupational therapy team.

"He’s leaving with all the skills to succeed in his recovery," Shirley said.

Howard’s occupational therapist put together an exercise regimen for him to follow when he gets home. Together, they reviewed it and ensured Howard was able to do each exercise correctly. The therapy team also coached Shirley and their son, Jim, on how to help Howard in his recovery.

"I was lucky to be in such good hands," Howard said.

Howard was discharged just in time for the annual Remembrance Day ceremony held by his church. Each year, they ask the veterans among them to stand to be acknowledged. Each year, the number of standing congregants gets smaller and smaller. But Howard’s willpower paired with Runnymede’s rehabilitation program will see him on his feet once more.

"My goal is to be able to stand up in the Remembrance Day ceremony," Howard said. "And I’ll be able to again this year."