LIGHTING THE WAY FOR GREEN INITIATIVES 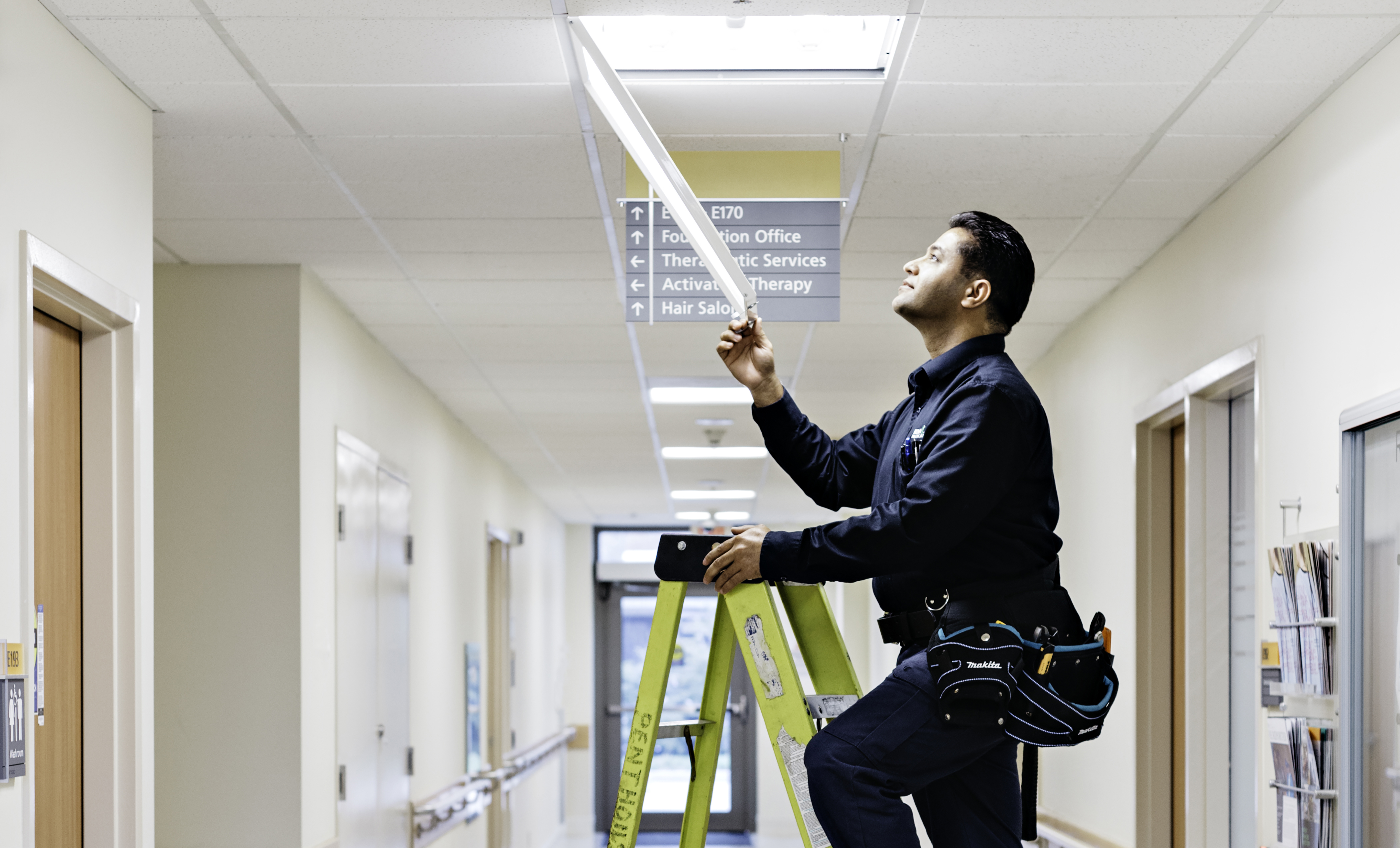 Runnymede Healthcare Centre is poised to qualify for the Greening Health Care 5% Club award for 2017, placing the hospital in the upper percentile of sustainable healthcare providers.

The award, run by the Toronto and Region Conservation Authority, is presented to hospitals who succeed in conserving an additional five per cent in energy and five per cent in gas usage overall. This would make it the fifth time Runnymede has qualified for the 5% Club, meaning that the hospital is managing to consistently reduce its energy use by at least five per cent year after year.

Karvonen credits the energy-saving initiatives undertaken by Runnymede for helping the hospital reach its sustainability goals.

Key among those greening initiatives has been the LED lighting conservation energy saving project. With the goal of eventually lighting the entire hospital with LED bulbs, facilities has been changing old fluorescent lights to LED lights as they burn out.

LED lighting is much more energy efficient, consuming half the amount of power as fluorescent lights and lasting twice as long, reducing the amount of electrical waste as well. The new LED lights also offer the additional benefit of cost-saving, through Toronto Hydro rebates.

So far, facilities has changed over 50% of the old fluorescent tubes to new LED lights. This year’s main initiative has been changing hallways lights, which is almost complete.

Other sustainability measures have contributed to Runnymede qualifying for the 5% Club award.

Energy use is at its peak during the summer, when air conditioners run full-time to combat the heat. Through improvements to chiller controls and monitoring internal mechanical systems, the hospital was able to cut down on energy waste.

"It all goes a long way to improve our energy consumption," Karvonen says.

Other greening initiatives Runnymede has taken on include the installation of a water cooler that allows people to fill up their own water bottles. Not only is the water cooler a convenient way to keep patients, families, staff and volunteers hydrated, it is also good for the planet. Since its installation last summer, it has helped eliminate waste from over 16,000 disposable plastic bottles at a rate of 40 bottles a day.

Implementing strategies and technologies to lessen Runnymede’s environmental impact is a priority for the hospital. Not only does the hospital benefit from energy cost savings, but the also improve the health of our community.

"It’s important to be a role model for sustainability in the community," Karvonen says.